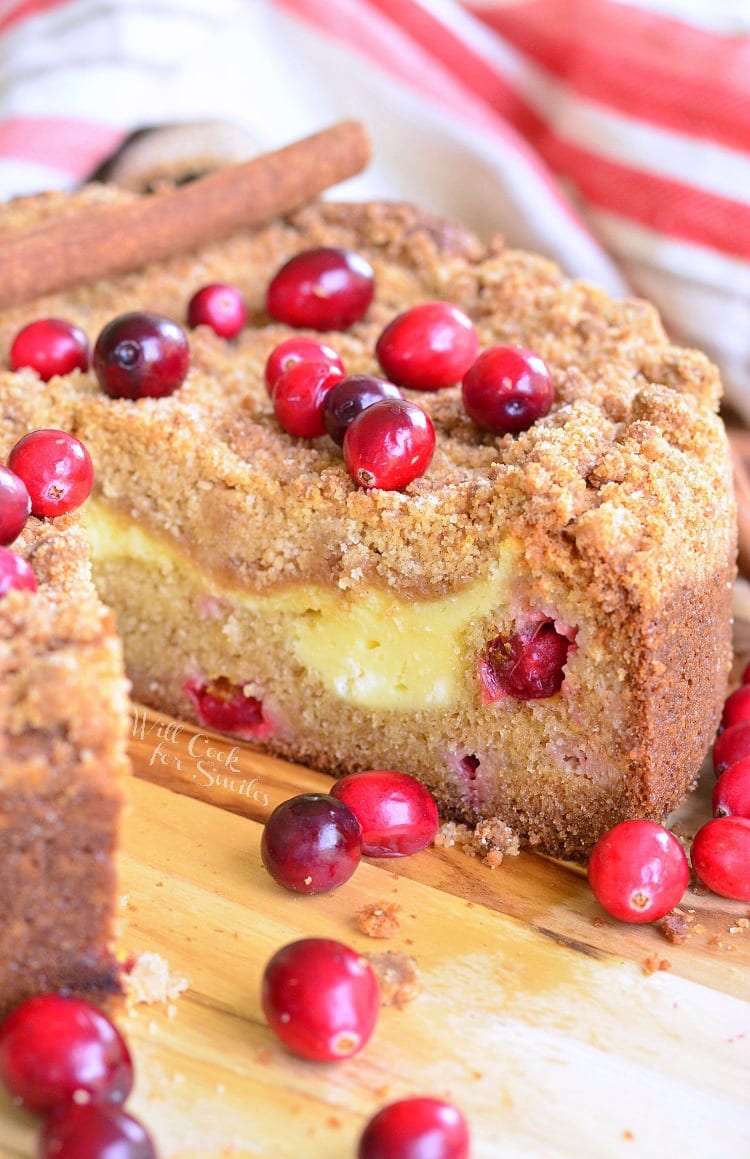 “You are SO beautiful,” I said every time I walk by this Cranberry Coffee Cake.

I can’t tell you how many times I came close to planting my face right into the middle of the cake to try and eat my way out. Every time I smelled the beautiful aroma, it was like a magnet.

I wasn’t the only one that was so drawn to this treat. Every time little man walked by the kitchen, he had to take a little detour and pick at the coffee cake. He had a slice for breakfast, as a snack after school, and as a little treat after dinner. I think he found a new favorite. I’ve never even seen him like that with a chocolate cake. One time, I even caught him trying to bite the edges of the cake while it was on the counter.

Then again, who can blame the little guy?! There is luscious, cranberry-filled coffee cake, there is a layer of smooth cream cheese filling, and sweet crumble on top. All of it is spiced with cinnamon for extra flavor. It’s a perfect seasonal treat. 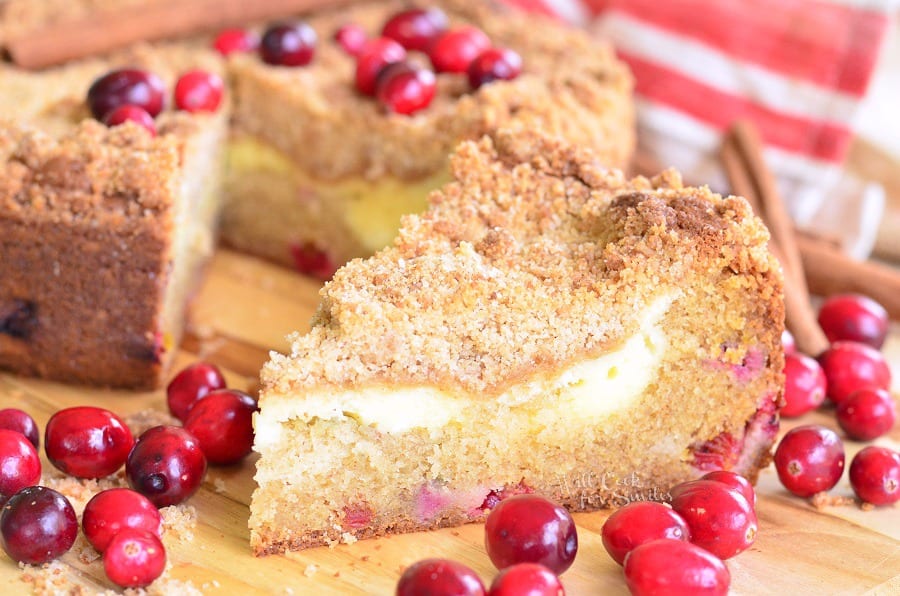 It’s easy to KEEP UP with NEW recipes through my social media channels: 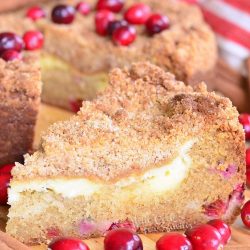 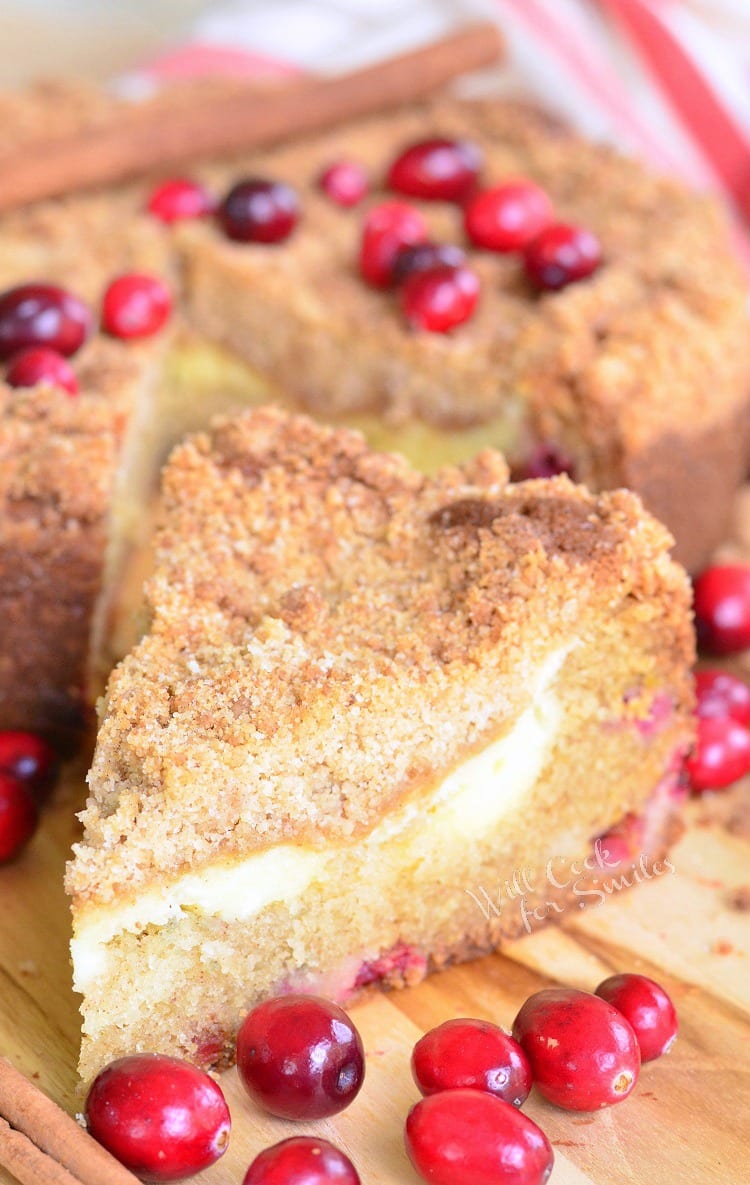 Gingerbread Crumb Cake from The View From Great Island 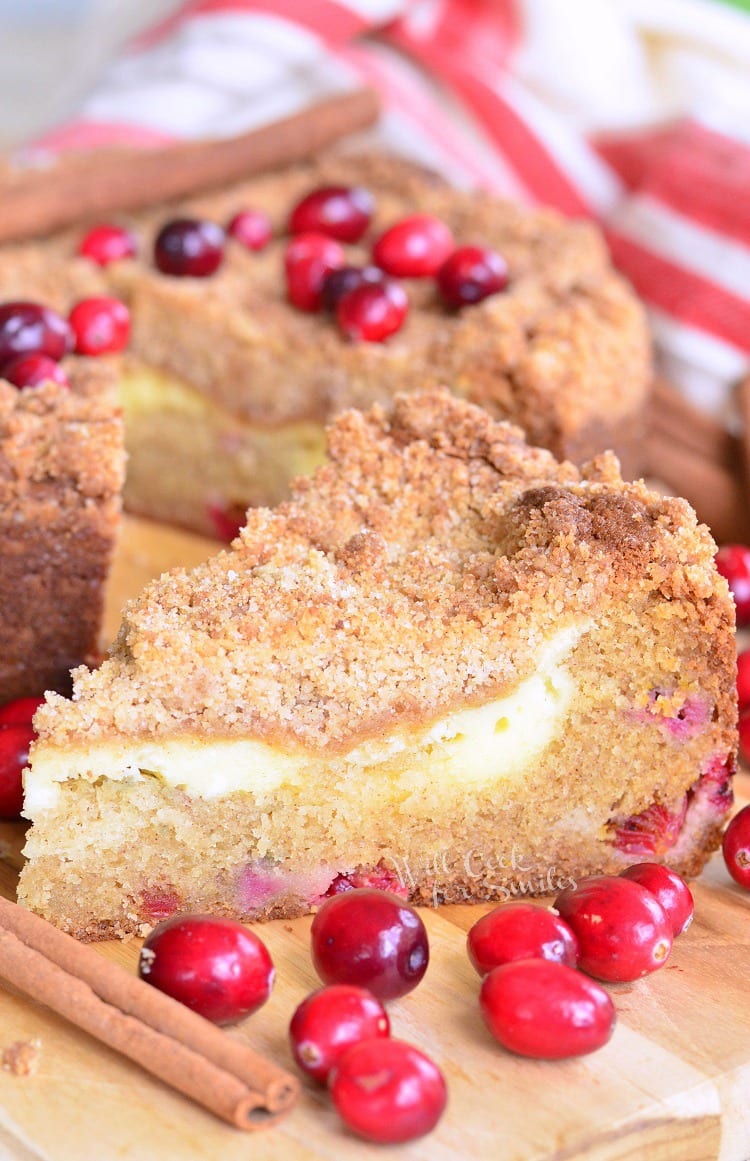 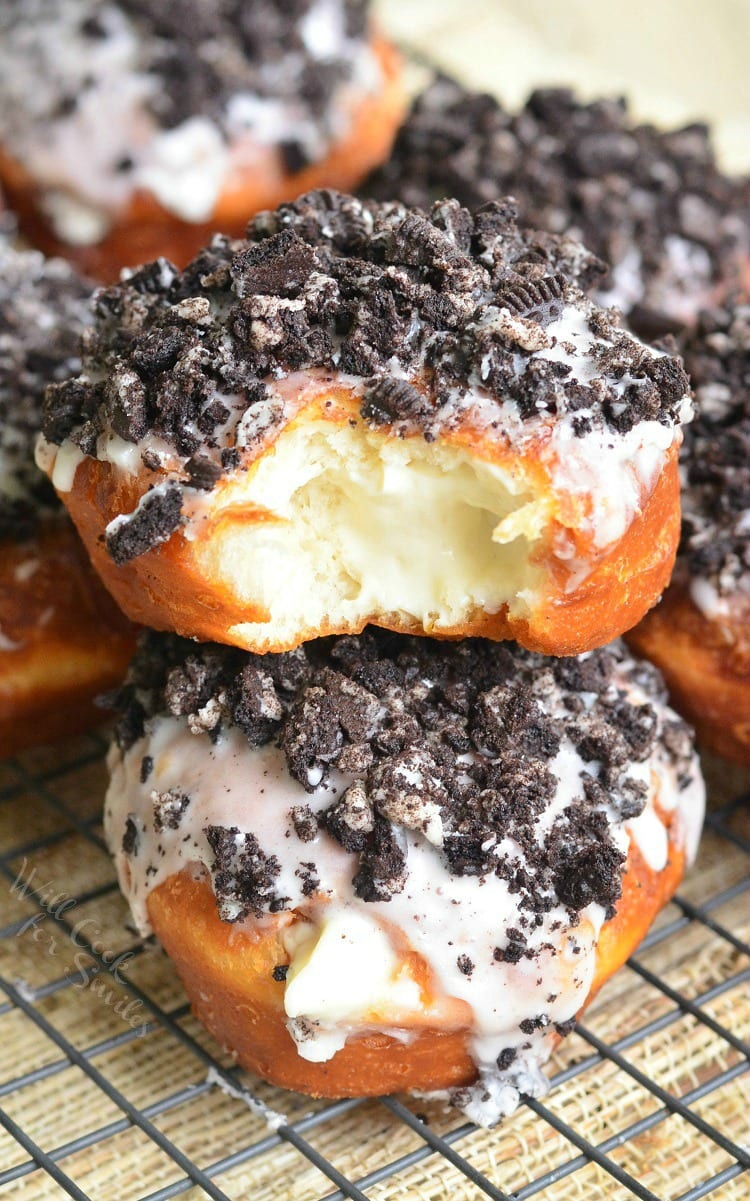 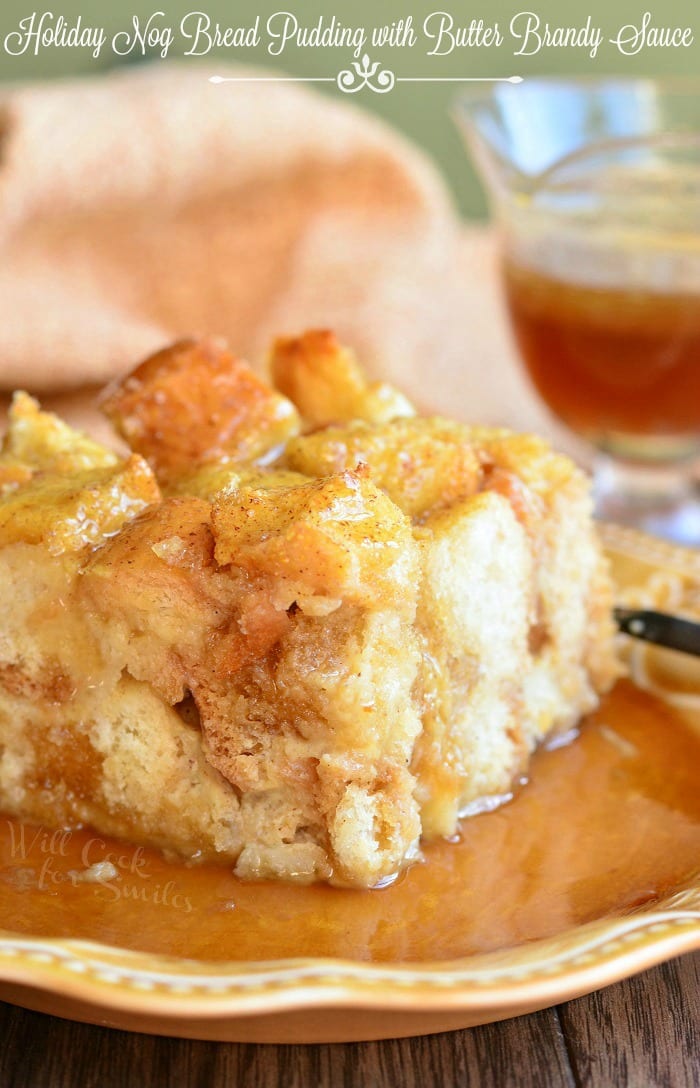 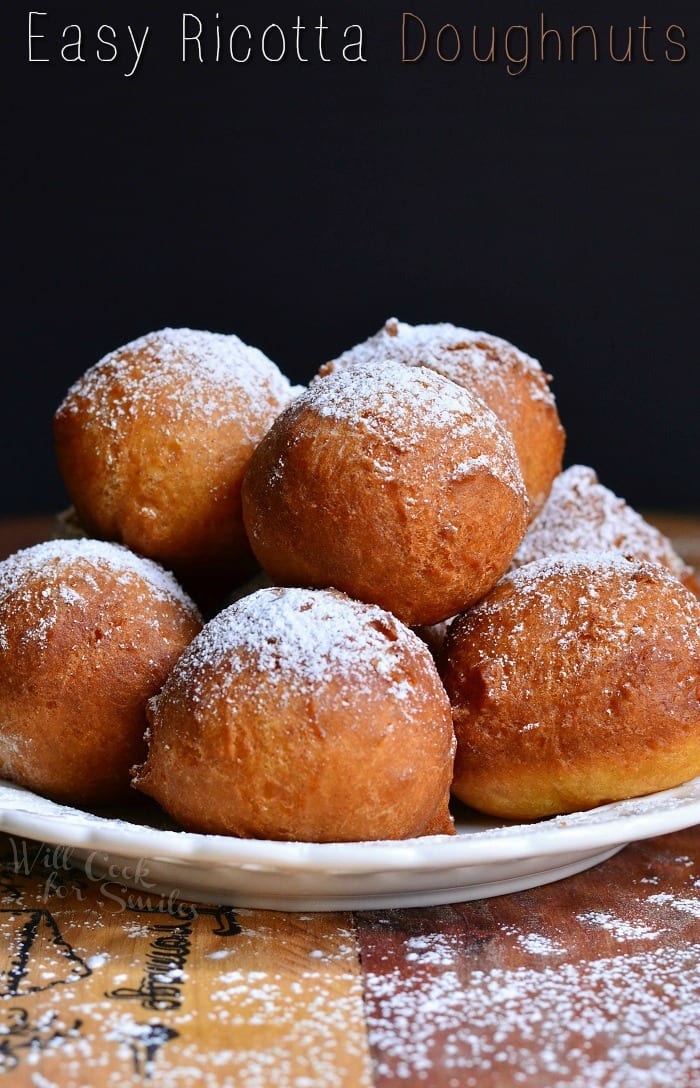