Happy Friday!! I know it’s not Friday today, but you know you will all be saying it in four days! What does everyone love to do on Friday night? Celebrate the weekend!! I know that I will be saying it while having a cocktail with my best friend, this week!
Last week, I threw a little “end of the week” party for my mom and a few friends. Can you guess what the theme of this party was? I’ll give you a minute…
…BACON! 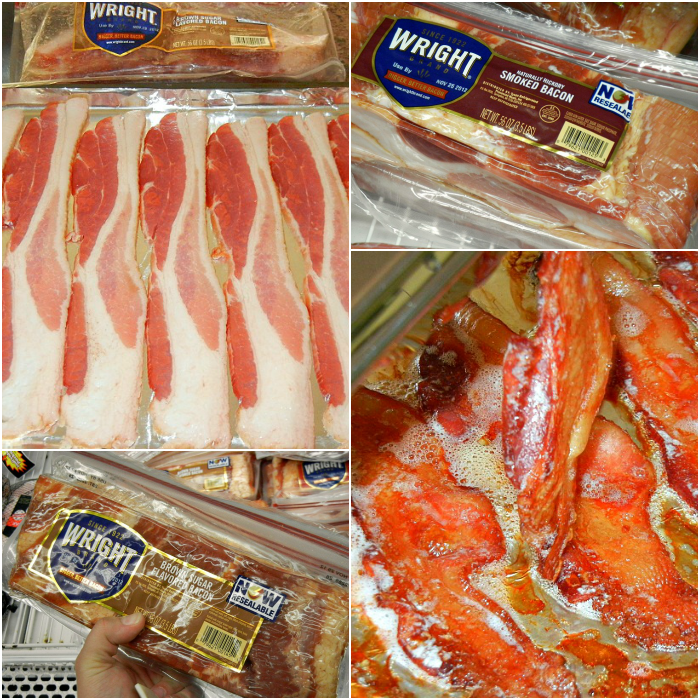 I went shopping at Sam’s Club for the party and picked up a few things, including this fabulous bacon. I haven’t tasted this brand before, now I don’t think that my husband will let me bring home any other type of bacon. When I got home, my husband did his best Tim Taylor impression “Oh, uh, uh that’s good bacon, good bacon. You can tell, its so thick too..oh, oh, oh”. (He does it better than me though.) I thought that some finger foods with this newly discovered bacon would be great for the cocktail party. 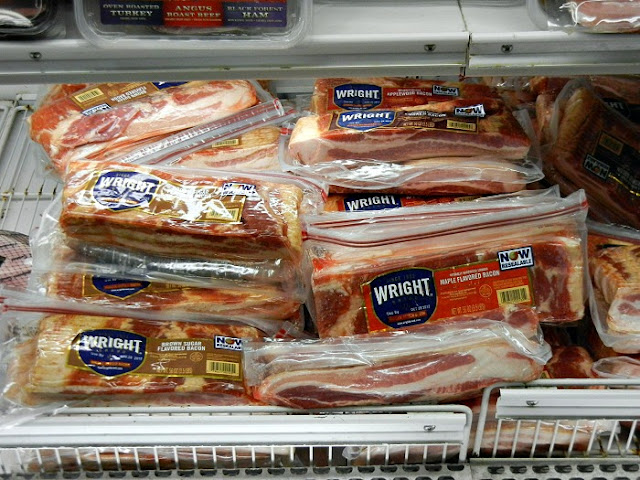 I called my mom to see if she wanted me to throw a party for her at the end of the week. Funny, I didn’t get much of a fight from her. All I got was “sure, who are we inviting?” We called some friends that she hasn’t seen in a while and the party was on!
I do have to warn you, there is something wrong with this bacon. I could have sworn that I cooked the entire pack. While I was letting the bacon cool down a little, half of it disappeared. One minute full plate…few minutes later, almost gone! There were a few guilty faces around though.
For this cocktail party, I made some nice hors d’oeuvres and cocktails: 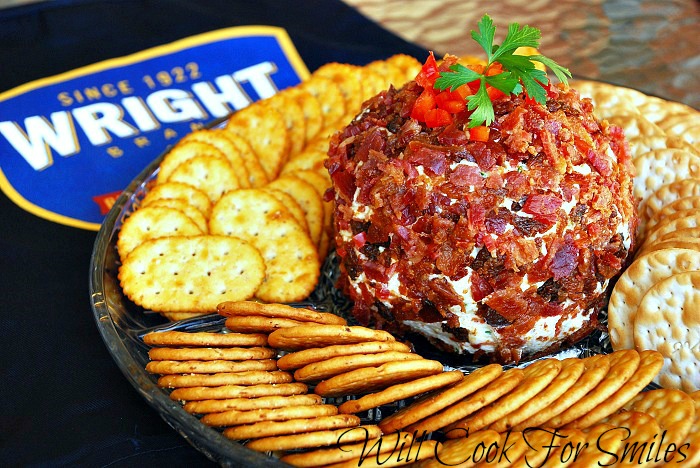 Ingredients:
2 8-oz packages of cream cheese
1 1/2 cups of Pepper Jack shredded cheese
1 small red bell pepper
1/4 cup chopped chives
2 crushed garlic cloves
2 tsp Worcestershire sauce
1/4 tsp paprika
salt
1 to 1 1/2 cups of crispy Brown Sugar Wright bacon crumbs
Directions:
-Combine all the ingredients (except for bacon) in a mixing bowl. Mix very well, until all ingredients are thoroughly combined. Form a ball out of the cheese mixture.
– Spread the bacon crumbs on the cutting board and roll the cheese ball in the bacon crumbs until all covered.
Stuffed Cucumbers 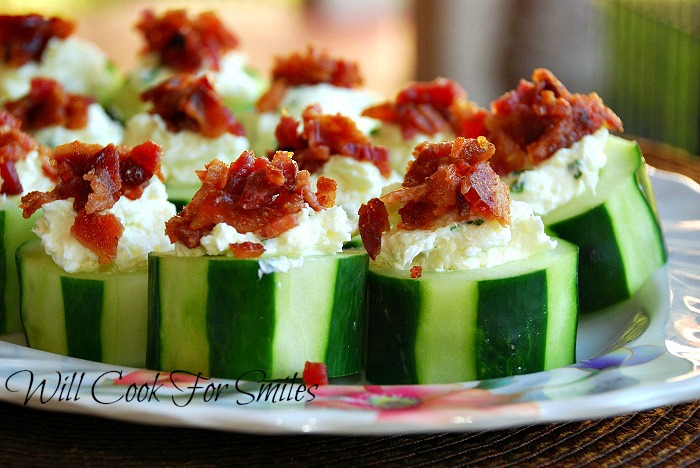 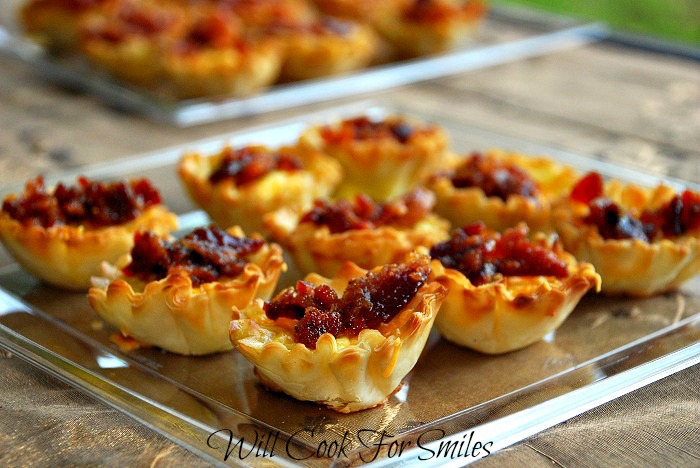 Directions:
-Preheat the oven to 350 and lay out the shells on the lightly greased baking sheet.
– Whisk eggs, sour cream, milk, chives and salt in a bowl, until all smooth.
– Separate the egg mixture between the shells. (don’t fill all the way up)
– Sprinkle the mini quiches with cheese and bacon, evenly.
– Bake for 10 minutes. 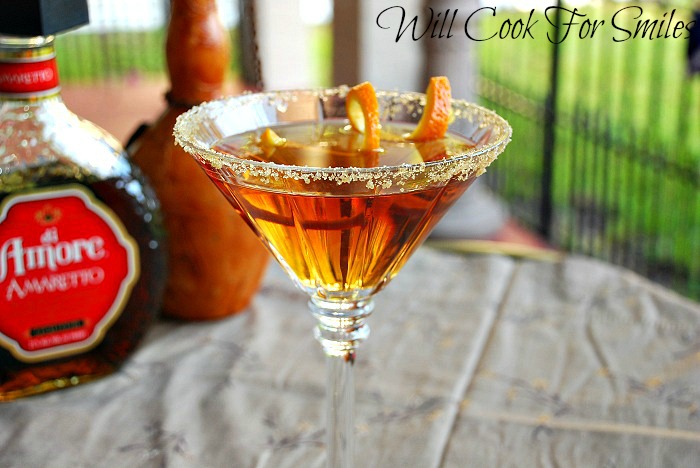 …..Nope….
I shall keep this a secret until the next post! Muahaha!! 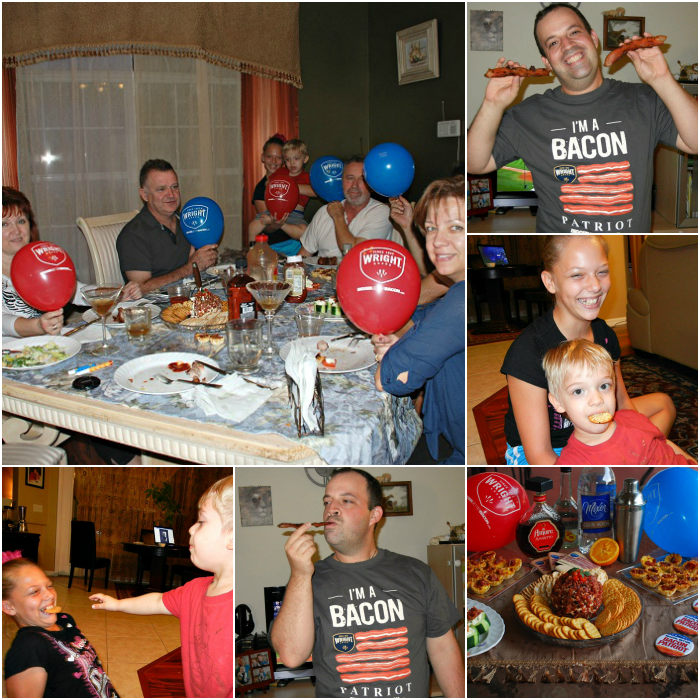 We had a great night relaxing, talking, eating and having some cocktails! My sister even stayed home from ballet to hang out with her little nephew. Those two were so cute chasing each other for crackers.
I didn’t just stop at these bacon recipes. This weekend I made my Baked Potato Salad for my hubby, it’s his favorite! I am also planning on some bacon and cheese nachos! I’ll make sure to share those once I make them.
If you want to know more about Wright bacon or find some recipe idea, go check out their Website, Facebook and Twitter!

I am a member of the Collective Bias™ Social Fabric® Community. This shop has been compensated as part of a social shopper insights study for Collective Bias™ and Wright Brand Bacon. All the opinions and photographs are my own! #CBias #SocialFabric #MealsTogether
4.9Kshares