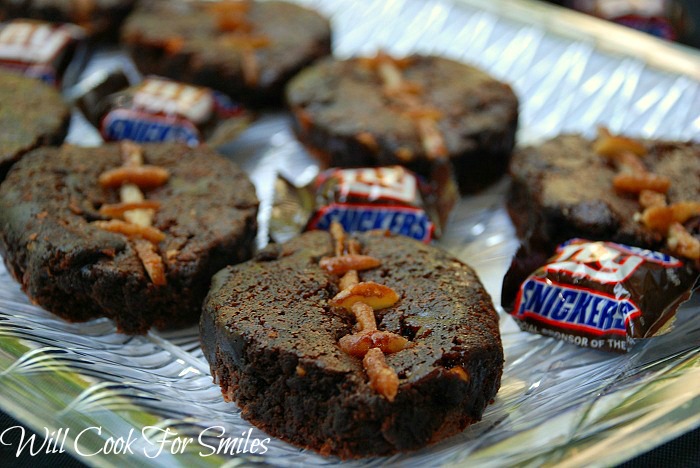 Now that the summer is getting to an end, we are all thinking of the “big bad back-to-school” time. But lets start to thing about the good things that are coming in the fall. The World Series is getting closer, that’s an exciting time for us in my family. Another great thing is the football season is about to start in a few weeks! Who is excited? We are!
We are not hanging up our Yankee jerseys for 3 more months, but we are taking out our Giants jerseys. Gearing up for the football season! 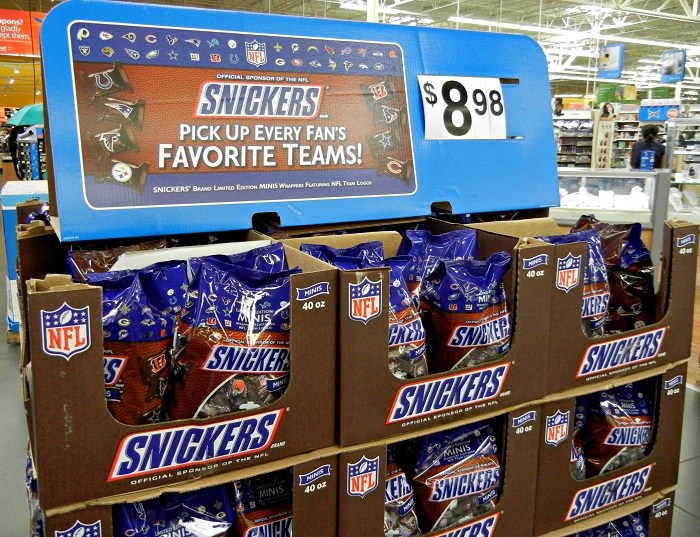 Looks like SNICKERS ® Brand NFL Minis are also excited about the NFL season. They are putting out NFL themed minis to celebrate the beginning of the football season. You can find them exclusively at WalMart and they are perfect for all the football parties you will be throwing. I made some SNICKERS® Football Brownies!
Awesome!! 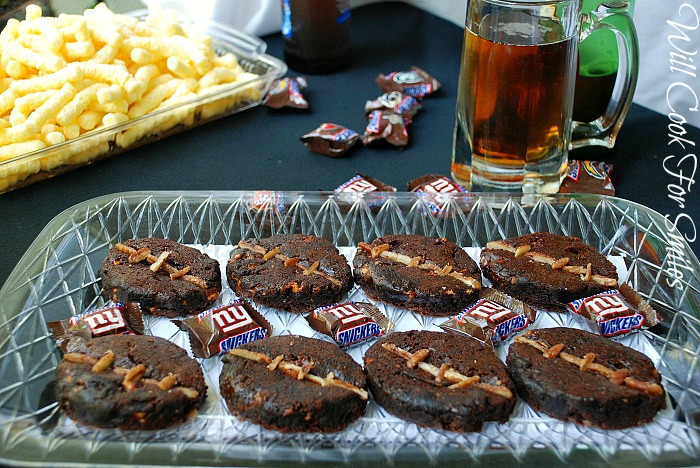 Yes, you are seeing the Giants  SNICKERS ® Brand NFL Minis, that was on purpose. They do have all the NFL teams in the bag but its my party and I will choose one team if I want to! We will probably be the only ones cheering for the Giants since we live in a city with their own football team. Its ok, they are great and you all know it!
Reminds me of the AWESOME 2007 championship. It was NY Giants and Patriots and all I heard before the game is how the Patriots would kick our butts. Haha! That was not the best part of that game….
Back then, my husband and I were college students and working at the restaurant. Restaurant employees don’t usually get to take off and celebrate holidays and big days like World Series or Super Bowl. We usually catch a glimpse of the game while running between the tables.
Well, that year, for some unknown, miraculous reason, my husband, most of our friends and I had a night off!! It almost NEVER happens that so many friends in service industry have a night off at the same time, let alone on a Super Bowl. So it was a party and a big one. It was probably the best Super Bowl party I’ve ever been to! Not just because we all got to have a night off together on a Super Bowl, but also because the Giants WON that Super Bowl!! Woo hoo!
I just wish that I would have thought of these brownies for that party! 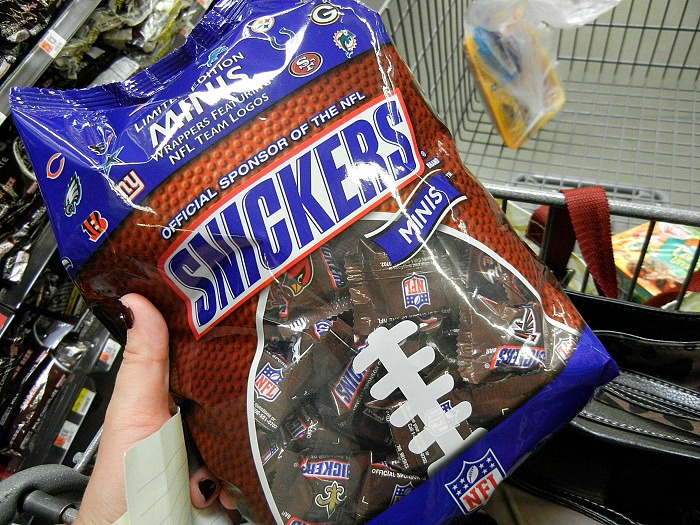 Directions:
1. Add sugar, water and pecans to a small saucepan. While stirring, bring to boil and lower the temperature to the medium low. Keep cooking, occasionally stirring, until the water cooked out and sugar is browned.

2. Cool down the pecans a little then transfer to a saran wrapped board to cool completely. 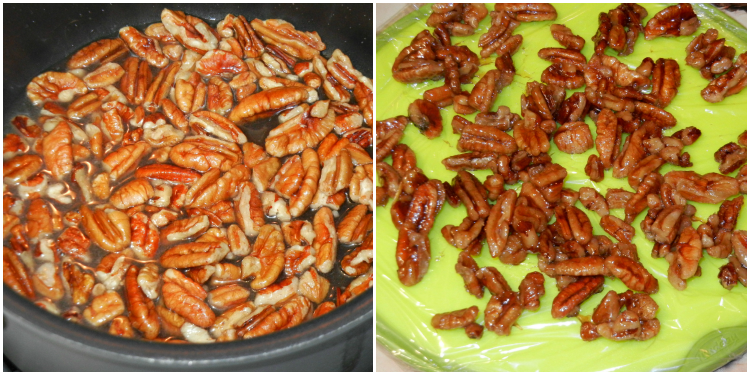 3. Prepare your favorite brownie mix and set aside. Chop the SNICKERS ® Brand NFL Minis and add them to the brownie batter. Mix well and pour it into a 9 x 13 baking pan. Bake according to the package instructions. Cool the brownies completely before cutting.

4. Using an oval or a football shaped cookie cutter, cut the brownies. Slice the candied pecans and lay them out to form football stitches.

* I am linking this recipe to   THESE GREAT PARTIES, in my party tab. Why don’t you visit the wonderful hosts and link some of your own projects!?
+It’s Overflowing 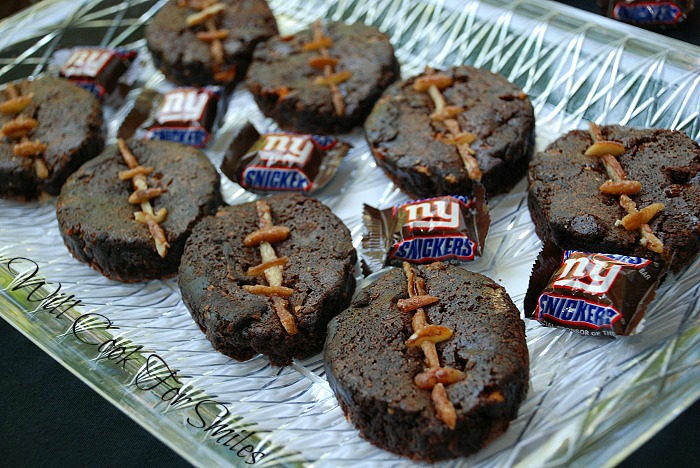 I am a member of the Collective Bias™ Social Fabric® Community. This shop has been compensated as part of a social shopper insights study for Collective Bias™ and SNICKERS ® Brand NFL Minis. All the photographs and opinions are my own! #CBias #SocialFabric  #SnickersMinis