Whether you are just having a family dinner or planning a backyard barbecue, these Barbecue Pulled Pork Potato Skins will be a huge hit! Baked potato skins loaded with slow cooked barbecue pulled pork, cheese and topped with homemade haystack.

*Disclosure: This is a sponsored conversation written by me on behalf of KC Masterpiece®. The opinions and text are all mine.* 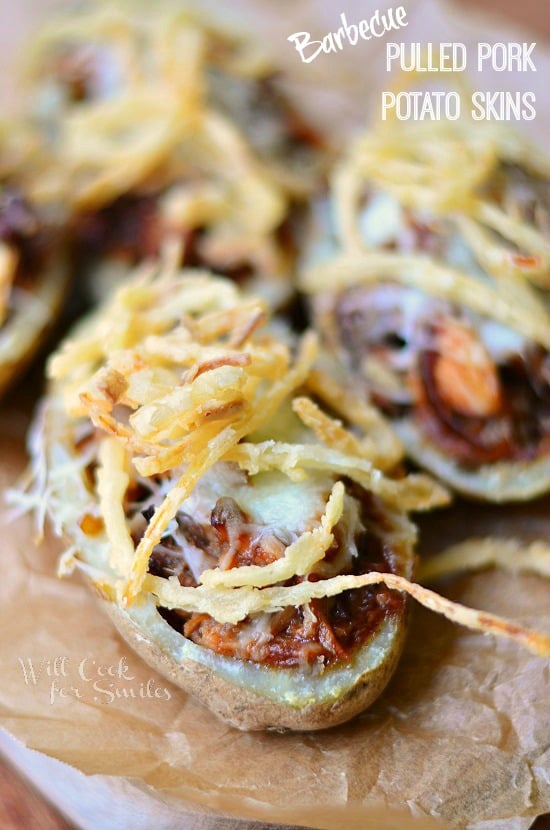 Summer cooking is all about barbecue. I’m sure it’s not just me who associates summer flavors with delicious Barbecue Burgers, or Barbecue Ribs or Barbecue Chicken. How about dishes that are not made on a grill? Yeap, I think barbecue even if I am not grilling.

Grilling is actually quite tough for me. You see, I live in an apartment … on a second floor. It would be quite difficult to grill on my tiny balcony without setting it on fire. Even though I have a beautiful, huge grill stored in a garage, I have no way of using it. (You can feel sad for me now, I sure do because I love grilling.) So I leave grilling for the days when I go visit my mom.

Alright, back to summer barbecue dishes that don’t require a grill… 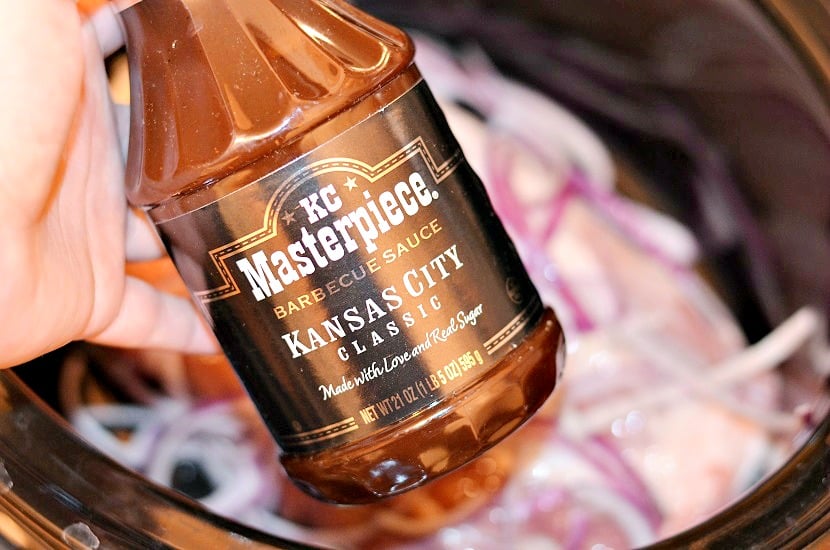 This one! Barbecue pulled pork is amazingly delicious and you can make it anytime, in your crock pot. A classic dish like this pulled pork requires a delicious classic sauce like KC Masterpiece® barbecue sauce. 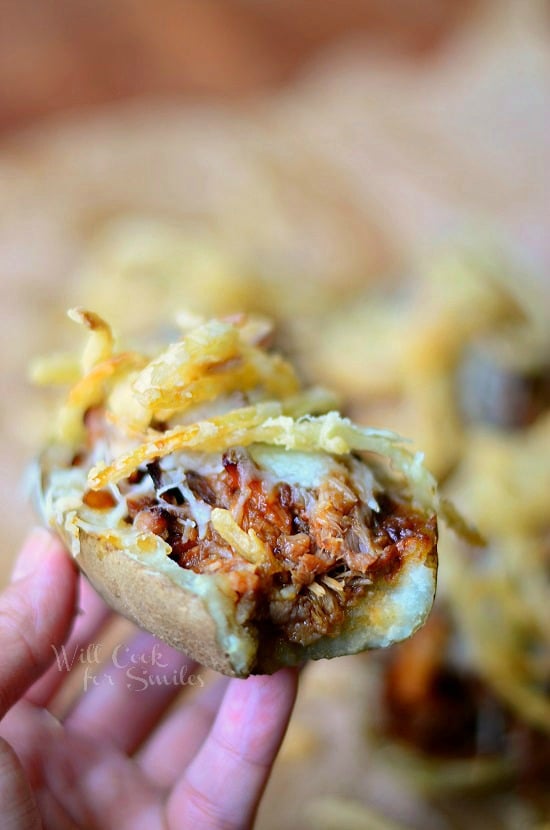 These potato skins are very easy to make and the best part it that you can either use leftover pulled for to make them. Barbecue pulled pork can be made ahead of time, in your slow cooker. Just pick out a nice pork roast, add some sliced red onion and a bottle of classic KC Masterpiece® classic barbecue sauce. Set your slow cooker on low and let it cook until nice and tender, about 8-10 hours. 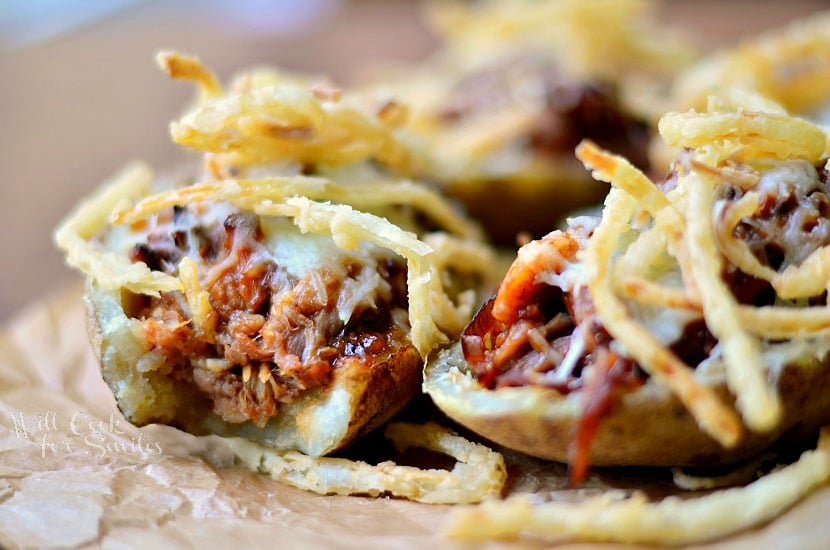 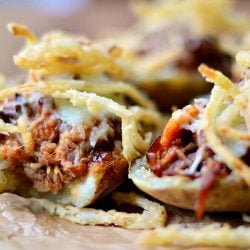 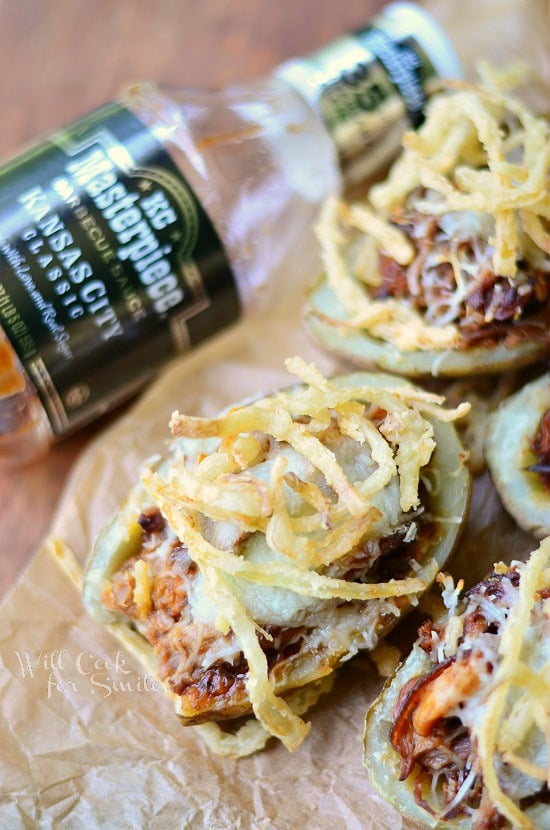