Dreamy, dreamy, dreamy crumb doughnuts! Soft, fluffy baked doughnuts made with a touch of salty, crunchy bacon, and topped with sweet, crunchy crumble that also has some bacon mixed in. This treat has a satisfying balance of sweet and salty in every bite. 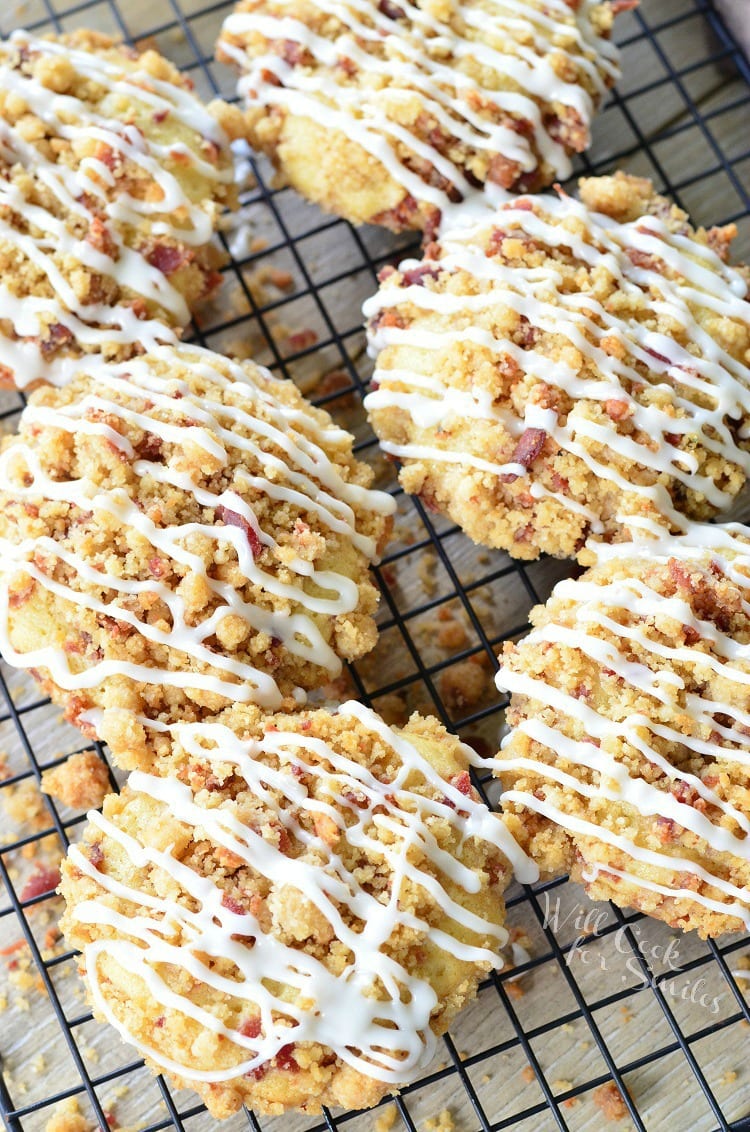 My boys love, no LOVE, doughnuts and I love making them doughnuts. Mostly because it’s a super simple treat, even easier than cookies. I’m talking more about baked doughnuts than fried ones. The baked ones are a simple whisk of a batter and popping it in the oven. Fried ones tend to be a little more complicated, especially if you have to make the yeast dough. Not to mention the healthier factor too, baked doughnuts are definitely healthier. Although, what kind of a “treat” would they be without all the fabulous bells and whistles.

This doughnut idea was actually born to torture my husband and give him a little payback for my missing doughnut. 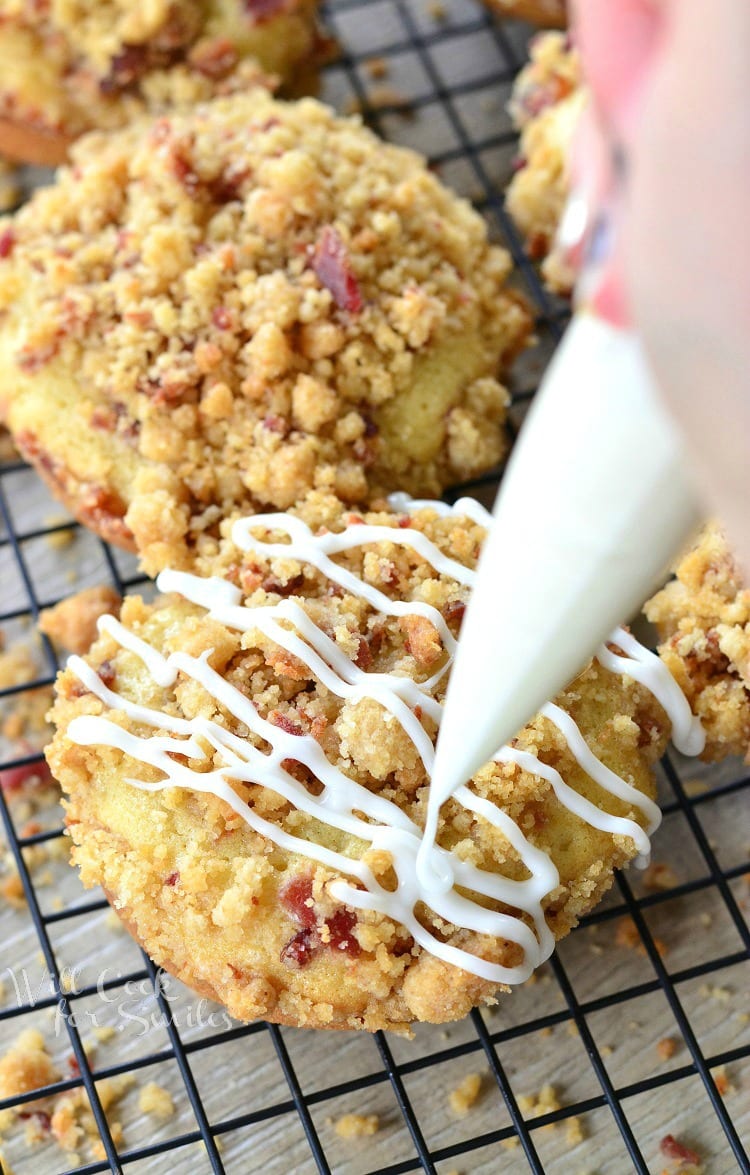 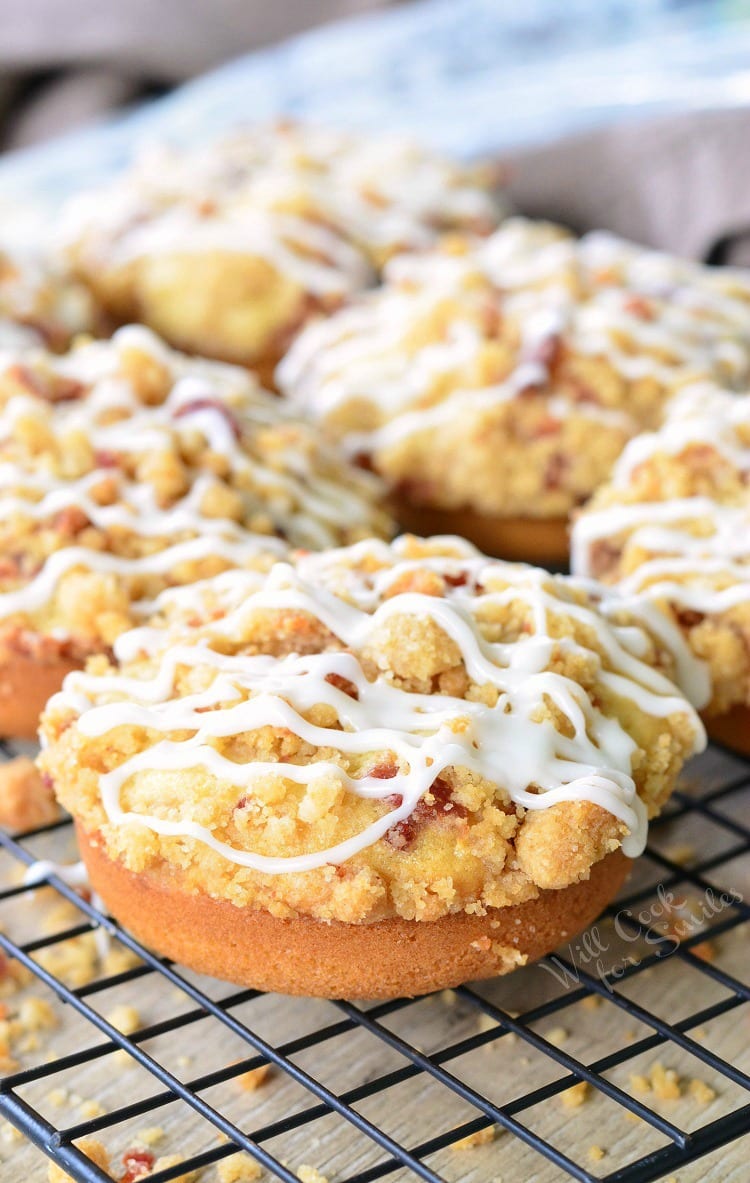 Last weekend, my husband had a softball game and asked little man and I to come and watch. His restaurant has a softball team and they play other restaurants in tournaments. It’s a fun idea for the employees. So when we came out to watch their game, I decided to bring the team a quick treat of doughnuts from a doughnut shop.

I got separate ones for hubs, little man and myself though. Later I realized that I forgot to eat mine and left it with his doughnut when we went home. Well…someone did NOT save my doughnut.

As you could imagine, I wasn’t too happy that my doughnut wasn’t saved for me. I decided to make some crumb doughnuts and add bacon, my husbands favorite ingredient combined with one of his favorite treats. Oh, and the torture part was going to be me not letting him have any for like a day. Well, that puppy face works on me too well and every time. I couldn’t keep these doughnuts away from him, they are just TOO GOOD! 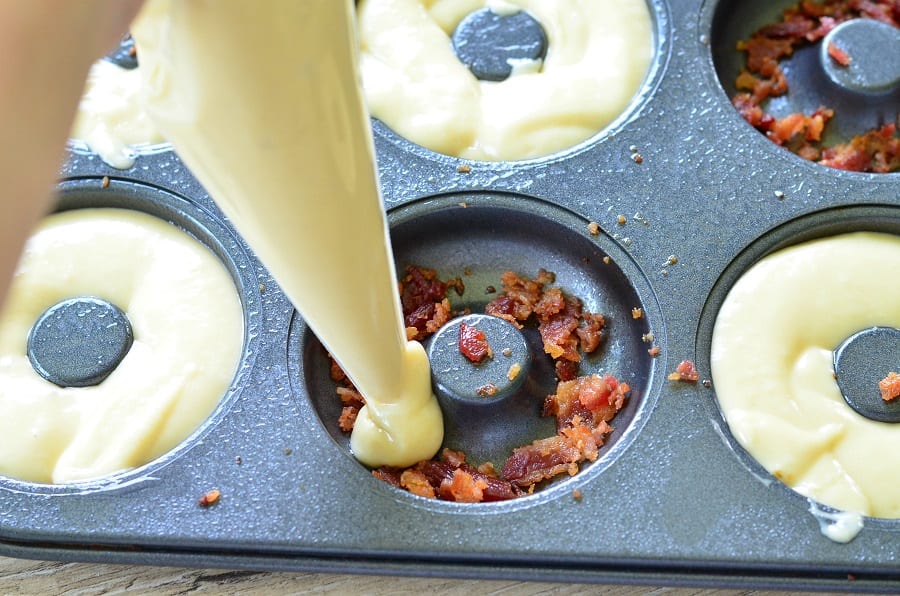 SOME MORE RECIPES TO TRY 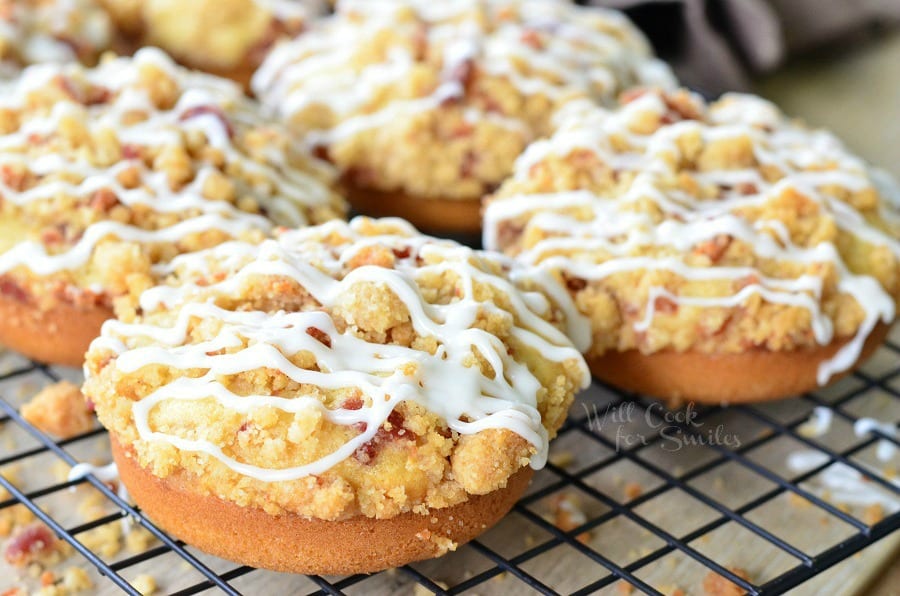 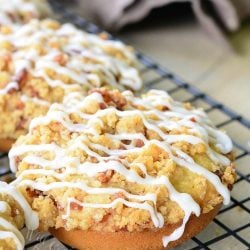 Recipe from Lyuba @ willcookforsmiles.com All images and content are copyright protected. Please do not use my images without prior permission. If you want to share this recipe, please simply link back to this post for the recipe. Thank you!
Tried this recipe?Mention @willcookforsmiles and tag #willcookforsmiles