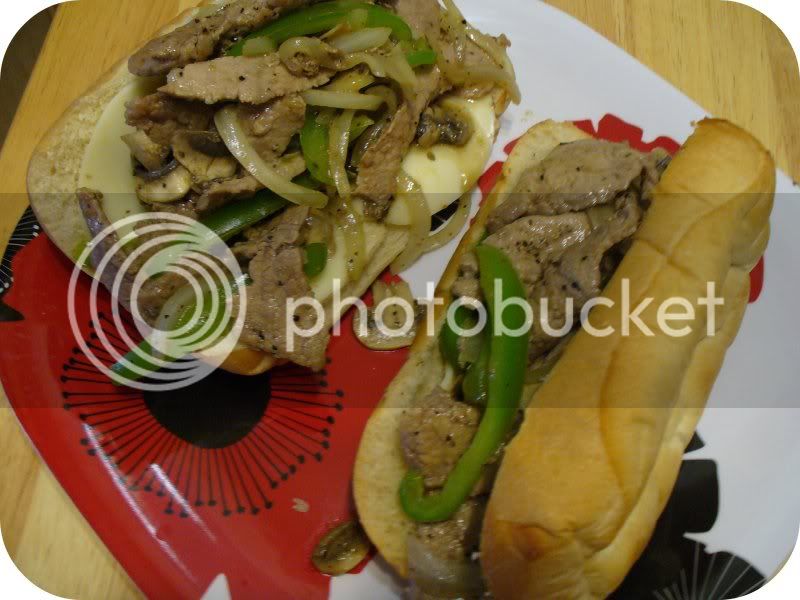 I have not had a Philly Steak in so many years. Grocery shopping last week, I was in a produce section trying to decide on what veggies to get, and I kept feeling like I wanted to get a bell pepper. If I get one, I should probably get more, but what am I going to make with it. “Light Bulb….” Philly Cheese Steak!!! So I quickly ran over to the meat isle and got some steak!
Gotta tell ya…we had the Philly Steak on Sunday and I am still thinking about it. Takes only 15 minutes to make, but the taste stays in your memory until your taste buds force you to make it again!!!

Normally the Philly Cheese Steak would require a flank steak,  you would need to slice it as thin an possible. Since I do not have a deli slicer :), I got the Eye Round Steak that was already cut very thin and just sliced it even thinner with a knife.  Make sure your knife is sharp, and be careful!
*Little tip on the steak. If you want to cut it very thin but can’t, freeze the steak just for about an hour and while it is a little stiff from being frozen (not completely frozen) cut it. The stiffness will make it much easier to cut the steak thin.
Ingredients (makes 2): 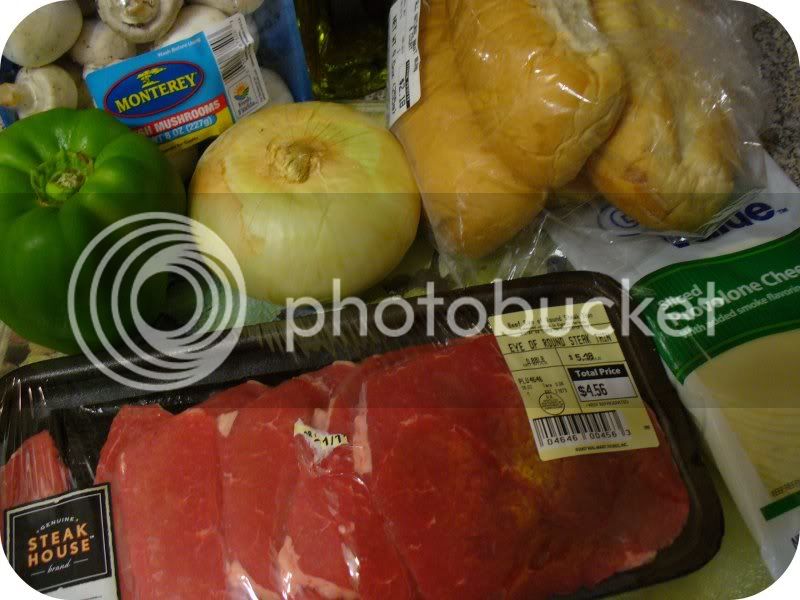 Directions:
*If you got to cut your steak very thin you can cook the steak and veggies at the same time, it would take about the same cook time.
* If your steak is not so thin, you may want to start cooking the steak first and throw in the veggies after a minute or two.

1) Preheat the skillet on medium with some olive oil.
2) Throw in the steak and the veggies. Season with salt and coarse black pepper.

3) Saute until the steak is done and the veggies are soft.
4) Place two slices of Provolone cheese on each open Hoagie

5) Scoop cooked steak and veggies onto the Hoagies. Fold and…