Sharing another recipe that will make dads happy this Father’s Day. Root Beer Cupcakes with Cream Soda Frosting! Delicious cupcakes made with a reduction of root beer for a stronger flavor and topped with whipped frosting flavored with a reduction of cream soda. These two flavors compliment each other very nicely. 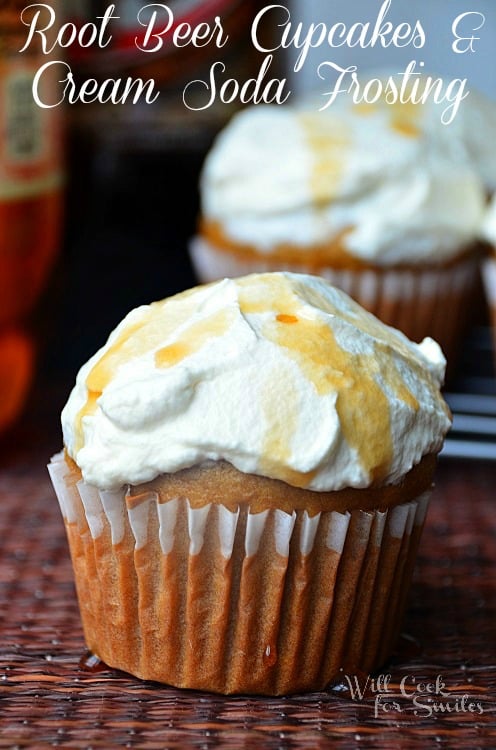 If you are following me on Facebook, you will remember our discussion about these cupcakes. Last week, I asked my husband what are some dishes that men would like to have on Father’s Day. Once we got passed all the bacon, we talked about dessert ideas. He is not a huge fan of bacon in desserts, I am a little scared of those too, so we went another way.

Since he loves root beer and cream soda, he proposed this cupcake idea. At first, I was a little unsure about the combination of flavors. So I took it to Facebook to see what my fans thought. The response was amazing, most of the readers loved the idea! 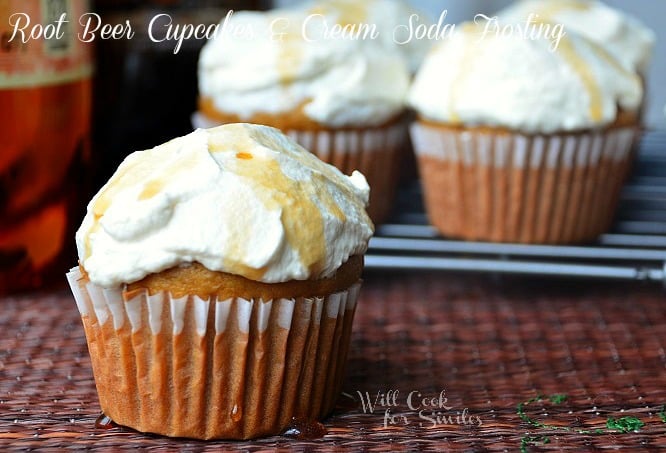 After checking three stores, I didn’t find root beer extract. Although, I can’t say I was too upset because I don’t bake much with it and it would be a waste. I decided to go another way. Something I learned a while ago, making my Cherry Cake Roll, is to use reduced soda syrup and enhance to flavor with some almond extract. I didn’t know if it will come out good but it totally worked!
I also made whipped cream frosting because it’s light and doesn’t require much sugar. Also, it would not take away from the cream soda flavor. 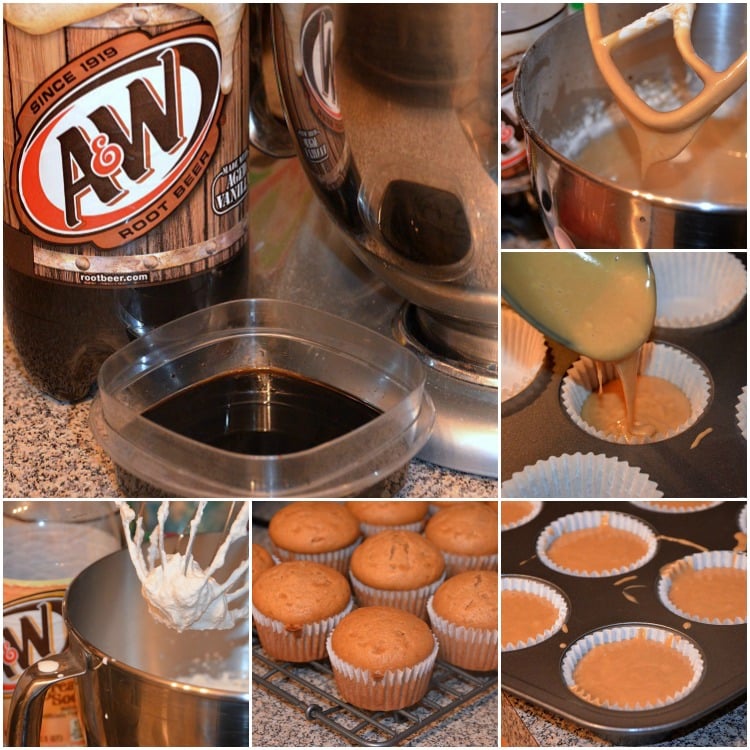 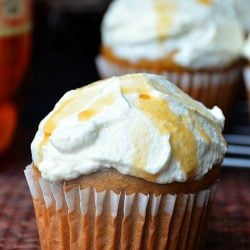 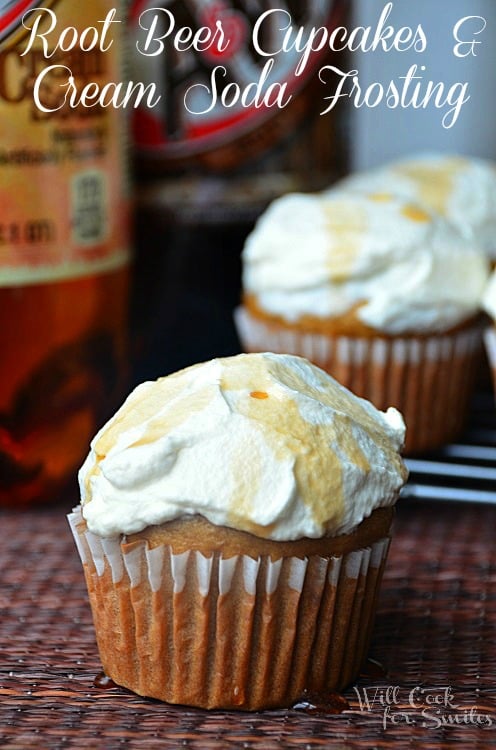